You Might Be Renting Your Aurora Colorado Home For Too Little.

If you felt at ease with no worries about any issues with your Aurora rental home, wouldn’t that be fantastic? 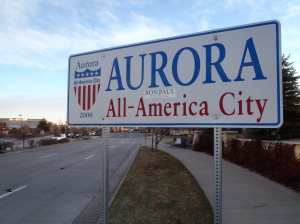 Colorado City and County Codes? No Worries We Make Sure Violations Are A Thing Of The Past.

We make sure your Aurora rental home tenants are maintaining your home properly at all times.

Your investment in Colorado Real Estate is as important to you as it is to us and you will find that our professional quality customer service in Aurora property management is second to none.

Our Aurora Property Management clients hire us because:

We would love to assess your rental home here in Aurora

and let you know what the true value is and then manage your property and grow your rental home investment in Colorado.

Aurora originated in the 1880s as the town of Fletcher, taking its name from Denver businessman Donald Fletcher. With his partners he staked out four square miles east of Denver. After the Silver Crash of 1893, Fletcher skipped town, leaving the community with a huge debt. The residents, at this time, decided to rename the town Aurora in 1907, naming it after one of the housing areas just built in the town.

After that, Aurora slowly began to grow in Denver’s shadow becoming one of the fastest-growing cities in the United States during the late 1970s and early 1980s as recorded in the Wikipedia. From 1929 to 1960 Aurora’s population grew from 2,000 to 50,000.

Aurora residents and businesses get a tremendous amount of value for their money, with great public safety, several parks and recreation areas, beautiful open spaces and reservoirs, on top of having access to a lot of cultural, educational and community activities. Due to these perks, the city and population has continued to grow.

By 2010, the city had grown to 154.7 square miles, surpassing Denver‘s 153.0 square miles and ranking as the 54th largest U.S. city in land area. With the growth of this wonderful city, the numerous indoor and outdoor attractions and activities, the award-winning public safety and school districts, why not move here?

Many current residents thought that too leading the population to reach an estimated number of 345,803, per the census 2013. With this continued growth the economy grows as well, so why not own a rental property in an ever growing city?

Pick Aurora as the next city to buy your rental investment property. With rental rates on the rise, now is the time. Let Legacy Properties-PM be your choice for Aurora Property Management services.

Be sure to read my Online Magazine On Real Estate Investing and Property Management: PropertyManagement.Today