Want Your Denver Colorado Home to Rent for as much as possible?

Want to feel at ease knowing that your valuable rental home is being well maintained?

How about knowing that your property will never be in violation of any Colorado City and County Codes? 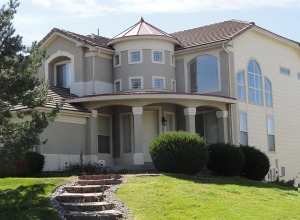 Real Estate investors like you who have valuable home rental properties all over Colorado are finding out that our Denver Property Management Team and Managers at Legacy Properties-PM offers the highest quality professional property management service in Denver and beyond.

Here are just a few of the reasons why:

We are sure you can tell the difference between us and all of the other Property Management services in Denver.

We would love to assess your rental home in Denver, Colorado

and let you know what the true value is and then manage your property and grow your rental home investment in Colorado.

Denver is located in the center of the Front Range, between the Rocky Mountains to the west and the High Plains to the east. The County of Denver is surrounded by three other counties: Adams County to the north and east, Arapahoe County to the south and east, and Jefferson County to the west. Denver’s nickname has been “Mile-High City” because its official elevation is one mile above sea level, which is defined by the elevation of the spot of a benchmark on the steps of the State Capitol building. The actual elevation of the entire city can range from 5,130 to 5,690 feet.

The climate in Denver is sunny, averaging 3,106 hours or 300 days of sunshine a year. Summers range from mild to hot with occasional afternoon thunderstorms and high temperatures reaching 90 °F. Winters range from mild to occasional bitter cold, consisting of periods of snow and very low temperatures alternating with periods of relatively milder weather. In winter, highs can reach up to 65 °F, but can also sometimes fail to reach 0 °F.

As of 2006, Denver had over 200 parks, from small mini-parks all over the city to the giant 314 acres City Park. Denver also has over 29 recreation type centers providing places and programming for all resident’s.

Denver’s many colleges and universities range in age and study programs. The major public schools constitute the Auraria Campus, University of Colorado Denver, Metropolitan State University of Denver, and Community College of Denver.

The neighborhoods throughout Denver vary significantly from one to another. It includes everything from large skyscrapers to houses from the late 19th century to modern, suburban style areas. Most neighborhoods contain parks or other features that are the focal point for the neighborhood.

All in all, Denver is a great place to live! Invest in your new home, investment home, or new rental today in Denver, Colorado. Legacy Properties-PM, a superb Property Management Company can assist with all your needs. Please call 720.989.1996 or contact us.

Also, be sure to check out my other sites for more information, blogs, & testimonials @ www.denverpropertymanagement.management